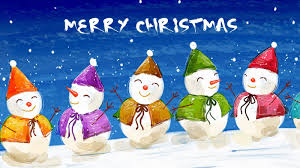 A welcoming Tea/Coffee and Biscuits was provided by the committee before the meeting commenced. Ted made mention of this “BLOGGING” effort and a request for any items/photographs/events that you would like included in future publications!!!!

Minutes of the last meeting were read by Secretary Fidelma and adopted and she also covered items of correspondence from the National Executive.

Chairman Ted Rooney congratulated Fidelma on her hard work during the year and in prep for this meeting. He also reported on the activities of the Branch since the Summer meeting.

There were two very enjoyable GOLF OUTINGS and it is hoped to attract some new players to the next outings. A Golf outing is also proposed by Laois Branch and we will be contacted in 2018.

Brian continues with Dance Classes. Again it is hoped that there might be bigger attendances after Christmas.

The Committee Officers were nominated as delegates for Annual Congress which will be held in the Shelbourne Hotel on the 6th March. Volunteers, Peadair Cunningham, Brian Keyes and Micheal McCarthy can be called on if there is a need for substitute.

Once again Fidelma reports a healthy balance in the books!

Billy Sheehan is advising all branches that he is unable to attend every meeting around the country (naturally!) but  a member of the National Executive will deputise for him at those he misses. Mary McCarthy from Laois, our rep on Executive Committee, updated us on developments:

One of our Kildare members described his Personal Alarm which has been instrumental in saving his life and suggested that interested members could phone Tunstall Emergency Response Systems, Bunclody 1850 247 999

Great to see Rena back with plans for a trip this year. The Sunny South East in April with Waterford and environs being explored as possible venue!!!! More about this after Christmas.

Once again Fidelma excelled herself with a great number and variety of raffle prizes after which we adjourned to the Dining Room to start to the Christmas festivities with good food and lots of chat. 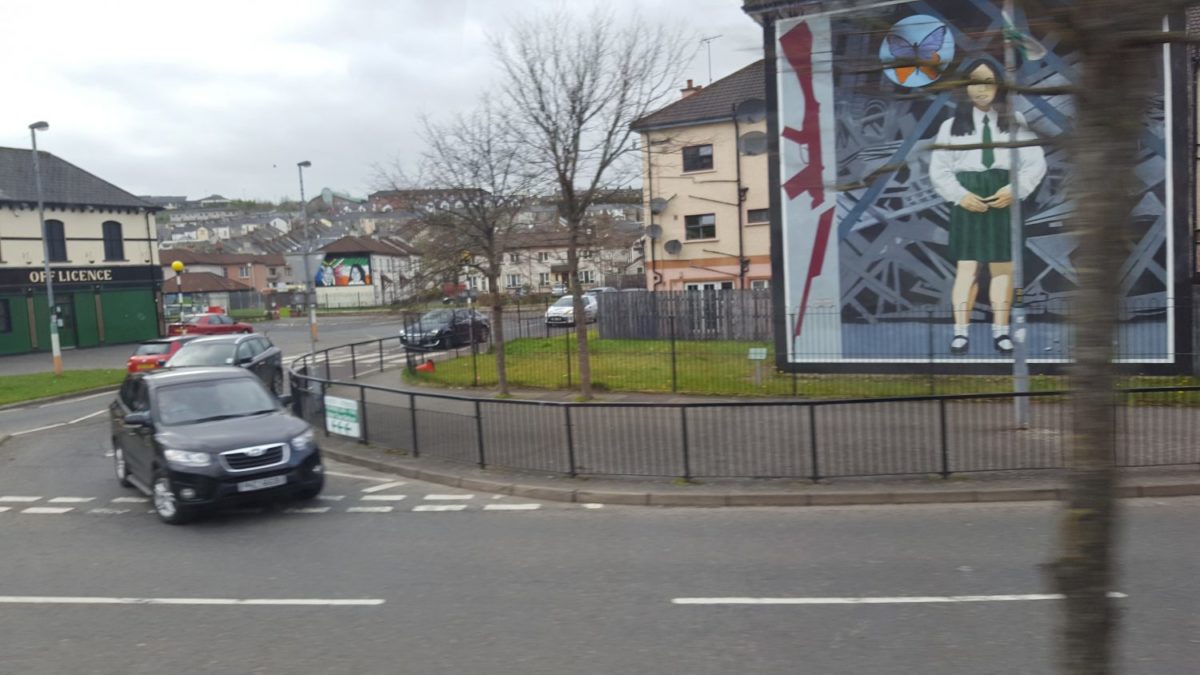 Early morning pick-up at the Cinema in Naas (other stops had been made along the way!) for the trip to Magherafelt. Great to see so many faces from the past both INTO and teaching colleagues. Sas, the driver, seemingly a regular driver of the retired teachers of Kildare kept us amused with odd stories of where we passed through. He had some great stories of trips to Jonesboro in the days of the border (which naturally brought up Brexit discussions! It was strange to be stopping for breakfast at 9.30 but after the early start the Carrickdale Hotel was a pleasant break – tea and gorgeous scones. Back on the bus promptly at 10.15 – promptness I believe is a feature of teacher outings!

Just after noon and right on time we arrived at Laurel Villa, an award winning guesthouse and a reported haven for Seamus Heaney fans owned by the Kielt family. 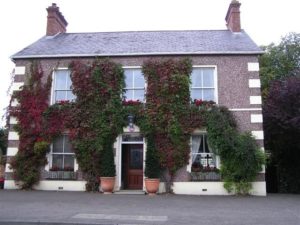 Eugene’s welcome included halting the traffic for us to cross the road where his wife, Gerardine ushered us into her dining room. There we were treated to home-made soup and wheaten bread (we all came away with the recipe) and tea/coffee with a choice of apple tart or pavlova (the pavlova was a replica of my mother’s in appearance and taste and that’s a true compliment!). To say that this is a centre for Heaney fans does not do justice to the memorabilia that is around the house, not to mention the private collection of books and leaflets and information that Eugene can show and talk about.

Eugene joined us on the bus then for a trip around Heaney country, highlighting many of the people and places that featured in his work, including the poet’s birthplace at Mossbawn and his final resting place in Bellaghy Graveyard. 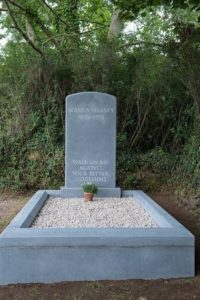 The Hillhead Road links Knockloughrim and Toomebridge. It is not a speeding dual carriageway, just an ordinary rural link road of no great consequence. It was here, in February 1953, that two of Heaney’s younger brothers, 3½-year-old Christopher and an older sibling, walked from Mossbawn with a letter to post. Something distracted Christopher and he darted into the road. The driver could do nothing.

Eugene tapped on his smartphone and instantly the bus was filled with that familiar voice, rich and mellow, reading his own memory of that awful day when he was called home from boarding school in Derry for the return of Christopher’s body to Mossbawn Farm.

“Next morning I went up into the room.

And candles soothed the bedside; I saw him
For the first time in six weeks. Paler now,

Wearing a poppy bruise on his left temple,
He lay in the four foot box as in his cot.
No gaudy scars, the bumper knocked him clear.
A four foot box, a foot for every year.”

Eugene left us to self-guide our way around an amazing exhibition on Heaney and his work when we arrived at the Seamus Heaney Home Place in Bellaghy. We had plenty of time to view the artifacts, listen to commentaries and view videos (and even have a peek in the shop) before the signal came to return to the bus for the final leg of the journey into Derry. Sas demonstrated his driving skills as he reversed down the narrow Butcher Street in Derry to drop us right outside the Maldron Hotel. Check-in was speedy – an envelope for each of us, up to the room for a quick tidy up and down for dinner at 7.30. Lovely food, friendly service and lots of chatting about past and present, and of course the odd glass of vino! 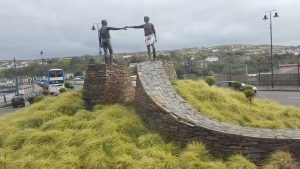 Hands across the Walls; Sculpture celebrating peace in Derry! 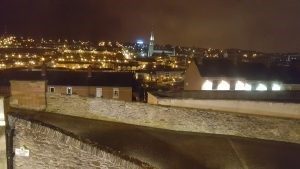 What an excellent choice of hotels with views of the walls and Bogside from many of the rooms.

Leisurely breakfast before meeting with guide to walk the walls. He looked quite energetic (and later reports confirmed that he was indeed and fast mover with little patience for dawdling!) However even those less abled could take the walls at their own pace. 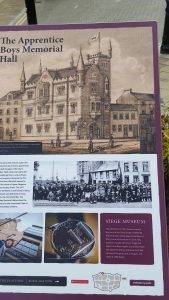 Plenty of information plaques along the way

People chose where to get their own lunches, some took time for retail therapy before hitting off on bus tour of Derry with Martin McCrossan. 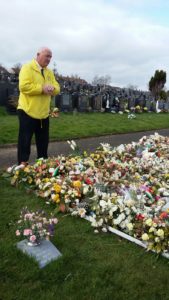 And boy! did Martin know and love “his” Derry. Some of the crowd had asked about Martin McGuinness’s grave and so even though it was not on the agenda, that was our first port of call. Flowers still fresh, it was hard to comprehend that had we travelled a week earlier the funeral may nor have allowed a tour of Derry at all. The Bloody Sunday grave was adjacent.

Sas’ skills at manoeuvring the narrow street were award winning – although we had an encounter with police and ambulance services all worked out.

The “Walking Tour of the Bogside” was so interesting and oftentimes touching!

Like the story of the old guy who used to sit opposite this corner day after day, in all weathers – he was the father of this girl, one of the first children to be killed during The Troubles.

Many of the Murals represents marches, the hunger strikers, etc. There are modern murals also that celebrate PEACE and people who stand for Peace. The FREE DERRY CORNER is repainted regularly to celebrate even the different seasons, so it may not always be white!

After breakfast we had a free morning to catch up on some missed sights or to shop before boarding the bus for Monaghan and home.
Sas had returned to Tipperary the night before to pick up a crowd going to Wales and our new driver was a quieter guy. However there were many on the bus who knew the countryside and so the journey was peppered with tales of their childhoods and happening at various locations.
We were ready for eating when we pulled into the Shirley Arms in Carrickmacross for Lunch accompanied by the usual vino! Isn’t it great to be driven around????

Back to the bus for the drive to Monaghan and the Patrick Kavanagh Centre. The Centre is located in Inniskeen and was set up to commemorate the poet Patrick Kavanagh who is regarded as one of the foremost Irish poets of the 20th century.

He was born in Mucker townland Inniskeen. (You can imagine some of the rhyming slang his friend Brendan Behan attached to that!!!!) We listened to some lovely stories from the guide about the exhibition – not only did she know her stuff, she knew how to entertain. Two of our own gave a rendition of “Raglan Road” before we went out to see the grave.

The guide was excellent – after all our travels and info gathering, he was still able to hold our interest as we drove through the narrow roads of Kavanagh country.

“The bicycles went by in twos and threes,

(from Inishkeen Road by P Kavanagh)

Lots of sleeping as we headed back to Naas (and Newbridge). What a great tour, due entirely to the excellence of Rena McAllen, the organiser – she had accounted for everything – I’m a definite for next trip!!! 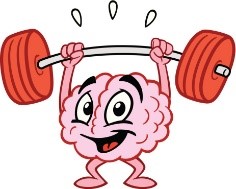 A large turnout of retired teachers assembled in Killashee House Hotel on Thursday (08/06/2017) for the summer get together.

Cathaoirleach, Ted Rooney kicked off the meeting by introducing Mary McCarthy (Laois Branch) who represents us on the National Committee. Mary gave us a short summation of Mark Morgan’s recent address to the executive on Positive Aging. We know how important exercise is but Mark also stresses the importance of intellectual challenge and social interaction.

Memory slips should not overly concern us we were glad to hear as there is forgetfulness in all age groups and the brain has great capacity to protect itself.

Ted continued with a report on the social events of the group.

Peadar Cunningham, Martin Hoban and Vincent Hogan were the winners of the first golf outing of the season in Millicent – “one hard course” it was reported. The September meeting will be “a champagne scramble” seemingly a far more social event than singles.

Ted encouraged those with other ideas for social engagements e.g. Bridge players to contact branch

Maureen McCormack gave a comprehensive account of the trip.  She thanked Rena McAllen for the wonderful organisation. However she did forget to mention the Raglan Road duet in the Patrick Kavanagh Centre and her very interesting account of life in Monaghan when she lived there.

Fidelma Farrell spoke about the healthy finances of the branch.

Billy arrived well prepared as usual with handouts on current issues of interest to us. He had good and bad news.

Before closing the meeting, Ted congratulated Mary, our former branch Secretary who ably served us for 6 years having volunteered for the position. It is due to her excellent skills in communication, finance and administration that our branch is in such a healthy condition. He thanked her on behalf of all members and presented her with a Voucher and Bouquet.

Following a raffle with prizes a-plenty – thanks to Fidelma’s organisation – we adjourned to the older part of Killashee for lunch – fine food in a stately atmosphere.