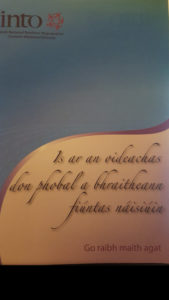 Special guests at the celebration were INTO President, John Boyle and District 7 CEC Rep, Carmel Browne.

Craobh Dárach branch  honoured their retired members with a function in Kilashee Hotel on Jan 19th to which friends and colleagues were invited. The function was also attended by INTO officials/representatives from Head Office to acknowledge retirees’ commitment to Irish education and to the many pupils taught by them during their careers.

A certificate of congratulations with good wishes for a long, happy and fulfilling retirement was presented usually by Joe Killeen, Vice President INTO. The retirees received a beautiful Newbridge Silver presentation from the local committee. 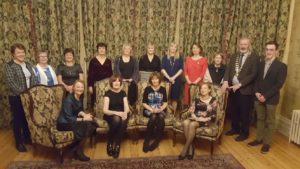 RTAI Chill Dara welcome you now to our community. We hope you will attend our meetings, join in with some of our activities and maybe suggest other ways of maintaining contact with former colleagues.

This site uses Akismet to reduce spam. Learn how your comment data is processed.